About the Governor’s Strike Force 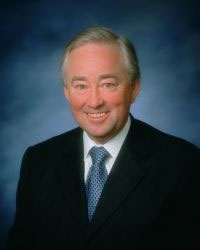 Former President and Chief Operating Officer of PlainsCapital Corporation, retired Chief Operating Officer of Hilltop Holdings, Inc., former Chairman of The University of Texas System Board of Regents, and current Chair of Southwestern Medical Foundation. Huffines has served three governors of Texas: Governor Greg Abbott, Governor Rick Perry, and Governor Bill Clements. He is a former Chair of the Governor’s University Research Initiative, and a former member of the Dallas Foundation Board of Governors, the Texas State History Museum Foundation Board of Trustees, and the Dallas Citizens Council Board of Directors. Huffines earned a BBA in finance from UT Austin and attended Southwestern Graduate School of Banking at Southern Methodist University.

Business leaders representing the state’s regions and industries will provide advice and counsel.

Mark Bivins
Rancher, partner in Corsino Cattle Company; board member of Harrington Fellows Program at the University of Texas; former Commissioner of Texas Parks and Wildlife, and Vice Chairman of TP&W Foundation; past chairman of U.T. McDonald Observatory Board of Visitors.

Alonzo Cantu
President & CEO of Cantu Construction; serves on University of Houston System Board of Regents; Chairman of the Board, Lone Star National Bank; member, Board of Managers and chairs Finance and Management Committees at Doctors Hospital at Renaissance Health System; majority owner of Vipers Basketball, LLC, and Lone Star FC, LLC.

Michael Dell
Chairman & CEO of Dell Technologies; an innovator and technology leader providing the essential infrastructure for organizations to build their digital future, transform IT, and protect their most important information. In 1999, he and his wife established the Michael & Susan Dell Foundation to accelerate opportunity for children growing up in urban poverty. Michael is active with the World Economic Forum, the International Business Council, and is a member of the Technology CEO Council and the Business Roundtable.

Don Evans
Chairman of the President George W. Bush Foundation, Chairman of Permian Strategic Partnership, and 34th Secretary of the U.S. Department of Commerce; previously served as Chairman of Energy Future Holdings and Chairman of the University of Texas System Board of Regents.

Tilman Fertitta
Chairman & CEO and sole owner of Landry’s, Inc, the Golden Nugget Hotel and Casinos, the NBA Houston Rockets; and New York Times best-selling author. Recognized as a world leader in the dining, hospitality, entertainment, gaming industries with 600 restaurants, hotels, amusement parks, and aquariums worldwide. Also serves as Chairman of the Board – University of Houston Board of Regents, and Houston Police Foundation.

Nancy Kinder
President & CEO, Kinder Foundation, which focuses on transformational gifts for education, urban green space, and quality of life. The Foundation has been a leading participant in the creation of Discovery Green, Buffalo Bayou Park, and Bayou Greenways 2020. Kinder is integrally involved with the evolution of Memorial Park; President of the Advisory Board of Rice University’s Kinder Institute for Urban Research; and an active participant on the board of the Greater Houston Partnership.

Tom Luce
Founder & Chairman of Texas 2036; founded and led numerous nonprofits, including Just for the Kids, the National Math and Science Initiative, and the Meadows Mental Health Policy Institute; career distinguished by appointments to major state and national positions.

Dennis Nixon
CEO & Chairman of International Bank of Commerce. As CEO of IBC Bank since 1975 and as an inductee into the Texas Business Hall of Fame, Nixon is a leading authority on banking, commerce, and trade. As a member of the Texas Business Leadership Council and the U.S./Mexico CEO Dialogue, Nixon played an integral role in the development and passage of the USMCA trade agreement.

David Oliveira
Partner at Roerig, Oliveira & Fisher law firm, where he has practiced for over 30 years; gubernatorial appointee to the Texas Commission on Judicial Selection; member of the University of Texas Chancellor’s Council Executive Committee.

Ross Perot, Jr.
Chairman of The Perot Group, which manages the family interests including real estate, oil and gas, and financial investments; Chairman of Hillwood, a Texas-based, leading global real estate development company he founded in 1988; and a Perot Systems Corporation founder

Robert B. Rowling
Owner and chairman of TRT Holdings, Inc., investments include Omni Hotels & Resorts and Gold’s Gym, Inc.; serves on board of the Southwestern Medical Foundation; previously served on the national board of Young Life and The University of Texas System Board of Regents.

Kendra Scott
Founder and CEO of Kendra Scott; a talented designer, passionate philanthropist, and driven entrepreneur, Kendra started her company in Austin in 2002, and has grown the company into a national powerhouse with 108 stores nationwide – 21 in Texas alone.

Massey Villarreal
CEO & President of Precision Task Group, Inc., a Hispanic-owned and managed technical systems integration firm providing business solutions to public and private sector firms; named one of the most influential Hispanics in the U.S.; serves on board of the Greater Houston Partnership.

Graham Weston
A native Texan and former Chairman of Rackspace Hosting Inc.; helped found Geekdom and The 80/20 Foundation; passionate about entrepreneurship, specifically how cities can build and maintain fertile environments for young entrepreneurs to learn skills to create next innovation wave.

OSHA Guidance on Returning to Work